Author of YA, MG and Children's fiction 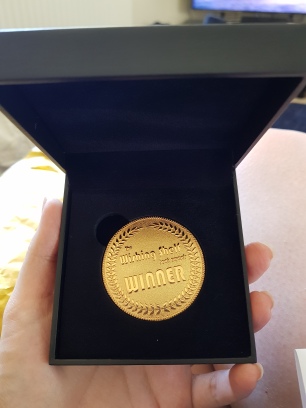 I am shocked at myself that I have left it so long between posts but suffice to say that I have been busy.

In June last year I found out I was pregnant and sadly had quite a tough pregnancy. I became preoccupied and sadly writing fell by the wayside!

However, I can share some extremely good news, we were shortlisted as finalists in the 2017 Wishing Shelf Book Awards, and then last month we were delighted to be named gold medal winners in the picture book category for our Christmas themed title: Zak and Jen’s Astronomical Adventures: Tinsel Town.  This now means that both our books are medal winners (one silver and one gold).

I can also share that the third book has also been drafted, and we hope to have it released as soon as possible.

In other news, I spent last year drafting my second Young Adult novel. This is now in the editing process and I am determined to get it finished by the end of the year.

I also have a few other things in the pipeline but more on that later!